Op-Ed Columnist: We believe that master's students are our youngest researchers. We are therefore very worried that we will raise the threshold for recruiting international students to Norway.

This op-ed was first published in Dagsavisen on October 29th 2022.

In The Young Academy in Norway, we have last week publicly announced that we are against the proposal for introducing tuition fees for students from countries outside the EEA and Switzerland. This means that students from Great Britain, Ukraine, Turkey, and all countries in Africa, Asia and North and South America will have to pay around NOK 130,000 annually to study at Norwegian universities or colleges.

We believe that master's students are our youngest researchers. We are therefore very worried that we will raise the threshold for recruiting international students to Norway.

In an Op-Ed published Saturday October 29th in Dagsavisen, four members, Haley, Aike, Nils Hallvard and Marte have written about this proposal. A proposal that goes against what the platform for the government: the Hurdal platform, highlights: “that higher education must be free, also for international students”.

The proposal has been met with a stream of protests, statements, and petitions to express deep concern about what it will entail. In the Young Academy of Norway, we stand behind these and believes this sudden move will weaken Norwegian research and higher education for the foreseeable future.

We have grouped our concern into five overarching perspectives.

1. The first one is that it is harmful for Norwegian research.

Master's students are an important part of pioneering, dynamic research environments. International master's students work as scientific assistants and student assistants and contribute to academic environments far beyond being a student. Some of these continue to do research and are employed in recruitment positions. It is therefore desirable that Norway educates more good international master's students, not fewer, so that they can contribute to ongoing research and be admitted to further doctoral studies and research careers. Diversity is important for academia, because researchers with different backgrounds contribute to research environments with different perspectives and talents. Of course, it is not only people from rich countries or elites who become good researchers. It is therefore important not to introduce financial obstacles that make it difficult for research talent from different countries to study in Norway.

2. The second concerns the loss of quality in higher education.

In recent years, many Norwegian universities and colleges have invested in attractive, innovative master's programmes, for example within life sciences, technology, health, environmental sciences, and peace studies. These have attracted talented students from all over the world, who have brought their skills and experiences to Norway. This exchange of knowledge, ideas and experiences is enriching, not only for the international students, but also for the institutions they study at and their Norwegian fellow students. International students create connections with other countries and institutions which are also important for the further development of our own studies and research environment.

Norway has a good reputation internationally and is an important partner for many countries in the global south. We contribute to international cooperation and sustainable development, and expertise sharing is a central part of the work towards the UN's sustainability goals (made clear, for example, in sustainability goal number 17). Talents from other countries should have the opportunity to study in Norway, where they can acquire expertise in, for example, hydropower technology, aquaculture, medicine or political science. They can then either further develop this in research here, or build on it in their home country, or a third nation. Knowledge is limitless and therefore education and research should be as limitless as possible. Introducing tuition fees for students outside the EEA and Switzerland will probably drag Norway further out of the international knowledge community.

4. The fourth one is concerned with - Little or no financial gain.

The difficult and uncertain times we find ourselves in must be met with long-term, strategic plans, not sudden, short-term schemes. It is unclear what financial benefits the introduction of school fees will have, and therefore AYF believes it is irresponsible to introduce this without a thorough investigation of the advantages and disadvantages of the scheme. Experience from Sweden and Denmark shows that universities and colleges primarily lose students, and thus also lose income when they introduce tuition fees. There is no reason to believe that the situation in Norway will be any different. Collecting school fees involves a new bureaucratic system, which entails new costs, while at the same time there will probably be far fewer students. Minister of State (Higher Education) Ola Borten Moe says that "the level is so high in Norwegian higher education that Norwegian universities and colleges are well equipped to recruit international students based on the quality of the offers". Like several others, we believe this is a fundamental misunderstanding of how competitive Norwegian academia is in comparison with other countries, as the examples from Sweden and Denmark show.

5. The fifth and last: Justice and solidarity.

Solidarity and education are important social democratic principles, which the current government emphasizes time and again. This solidarity should embrace more broadly than the borders of the EEA area. Especially now, in a time of major global challenges, where research and education across borders are becoming increasingly important. Therefore, higher education in Norway should be accessible to everyone. The Minister of State has proposed a scholarship scheme so that some students from the global south can still have the opportunity to study in Norway, but this is unlikely to be a solution for everyone and create a lot of extra, unnecessary bureaucracy. Norwegian research and higher education will be significantly weakened if we do not retain the free principle regardless of nationality.

Therefore, we ask the government and the Storting to make a more thorough assessment of everything such an arrangement will cost, and not to take away a central principle for the solidary, inclusive and dynamic system for higher education that we have in Norway today. 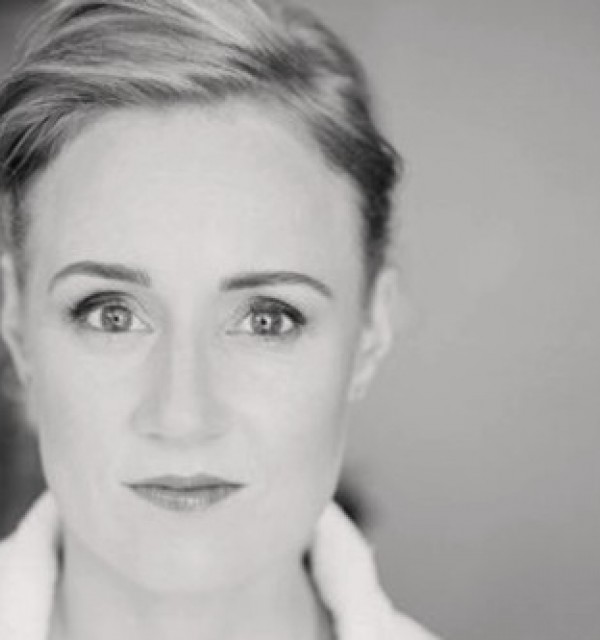 Marte Cecilie Wilhelmsen Solheim is a professor in innovation at UiS Business School and is the Centre of Innovation Research leader. Recently, she also became the deputy chair of The Young Academy of Norway.

This op-ed is written by Solheim together with Haley De Korne (UiO), Nils H. Korsvoll (UiA) and Aike P. Rots (UiO) on behalf of The Young Academy of Norway.