UiS employee Roderick Dale had hardly imagined that he would contribute to making video games when he studied Old Norse literature and Viking history. Now he has translated dialogue in the game Assassin's Creed Valhalla into Norse.

- I translated about 15,000 words of dialogue into Norse. If a man in the video game speaks in Norse, I have translated it, says Roderick Dale with a smile.

Assassin's Creed is one of the great video games in the world today, with millions of players worldwide. The Valhalla edition is the twelfth in the series, and allows players to visit Norway in the Viking Age, among other things.

The dialogue is mostly used in the background, and is thus something that contributes to the atmosphere in the game. The meaning of the dialogue is that the language used with probability may have been used in Viking times.

- We do not know exactly how the Vikings expressed themselves, or how idiomatic language in the Viking Age sounded, but as translators we have tried as best we could, based on the knowledge we have. If you listen, in the game you will find dialogue that is reminiscent of things people say today, but translated to match Viking Age perspectives, Dale explains.

If you listen through the game, you will find those who complain about the youth of today, who are not good at drinking mead at all. Others talk about what they and others have done on Viking expeditions or trade voyages, or about other countries where they might consider settling.

- It is typically small talk between people in ordinary everyday conversations. It has to do with hopes and dreams, or gossip and the injustices of life - but also about feuds, battles and Viking expeditions. After all, they are Vikings!

He became involved in the project via friend and colleague Maja Bäckvall from the University of Uppsala. Bäckvall was already working on the translations, but saw that the scope was too large to handle everything alone.

- I have been involved in similar projects before, so she asked if I would join. Of course, I said yes, thinking that this could be very exciting! I have previously translated dialogue into Norse in the film ‘The Invader’s Song’ and in the book Merrow, by Ananda Braxton-Smith, Dale explains.

The Englishman currently works with the environmental humanities research area The Greenhouse at the University of Stavanger, but has a background as a specialist in Norse literature and the history of the Viking Age.

Combined modern concepts with the mindset of the time

He tells of three intense weeks with long days. And if you thought it was about translating word for word in the script, you are wrong.

- It was fun to do translation together, even though we did it digitally each in our own country. Of course, we discussed grammar, but also how we could best translate modern concepts into the mindset of the time. What sentences and verses from the Edda and the sagas could we include as Easter eggs for those we knew would listen carefully to the background dialogue?

He says that they tried to find similar sentences in the sagas and Edda to make it all sound more authentic.

- But also because it was fun to think that someone could hear them and know the source, he smiles.

He believes translation is a creative business.

- In carrying out this assignment I needed not only knowledge of the Old Norse language but also knowledge of Old Norse literature, as well as the ability to try to understand the Vikings' views and philosophy of life, and to think myself into the situation.

He himself has not played Assassin's Creed, but thinks what he has seen of the game looks spectacular.

- The developers have put a lot of effort into getting people to engage with the Viking Age environment. The visual aesthetic means a lot, and it is clear that such a game can give people an impression of the Viking Age. It is a good opportunity to encourage people to expand beyond the idea that the Vikings were just pirates who looted.

Hope the game leads to increased interest in the Viking Age

He hopes the game can inspire people to seek further knowledge about the Viking Age, through museum visits, books and the like.

- I hope that players might do as many did when the Lord of the Rings by J. R. R. Tolkien was published and since. Many who have studied the Viking Age and the Middle Ages gained their first interest through Tolkien's books.

Dale envisions a boom in blogs, websites and videos on Youtube about the Vikings now due to Assassin's Creed Valhalla. The franchise has a wide audience, and more than 155 million copies of the games in it have been sold up to October.

- I've already seen a lot of 'Let's play' videos and Twitch streams from the first day the game was released, and I expect a lot more digital content going forward that focuses on the game and the story behind it, Roderick Dale concludes.

For those who feel it inspires them and want to read more about the Vikings, these days Dale has a new book out, Viking Leicestershire, which is about Leicestershire county in England in the Viking Age. And of course, Leicester, the county town of Leicestershire, is one of the places players can visit in Assassin's Creed Valhalla.

UiS employees mentioned in this article 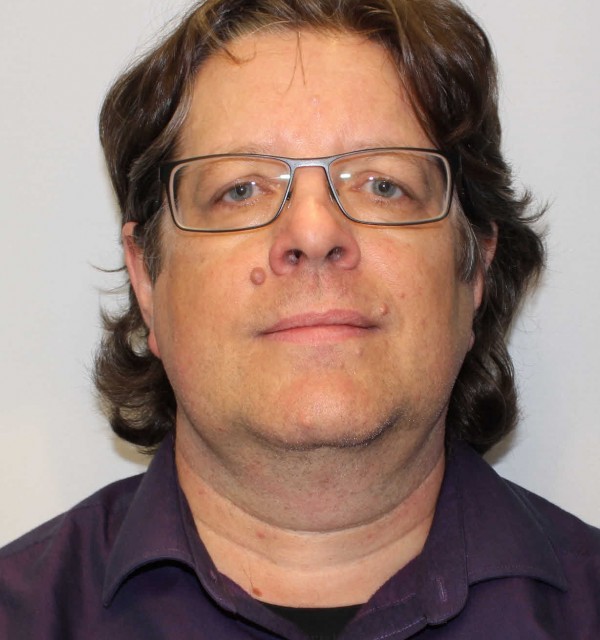