UiS researchers have developed and tested a structured play-based curriculum for children at their last year of preschool, to foster a more even and better foundation before school start through care, play and learning.

Published 18. Nov. 2020. Updated on 11. Jan. 2023
A short introduction (in Norwegian) to The Agder Project by Professor Mari Rege and Professor Ingunn Størksen at UiS

The curriculum serves as an operationalization of the national Framework Plan for Kindergartens (Rammeplan for barnehagen) and has been until now taken up by nearly 200 preschools in different regions of Norway with documented positive effects on children’s skills development both after last year of preschool and after first grade.

The Agder Project has also enhanced the teachers' competence in the adopting preschools in utilizing the play-based curriculum to advance children’s skills in language, mathematics, self-regulation, and socio-emotional competence. This is achieved by co-creation of nearly 130 games and activities, including educational intent and recommendations for equipment and preparation as well as suggestions for daily plans, weekly plans and annual plans. Fostering school readiness and human potential through playful learning in preschools

The earlier works of Professor Mari Rege and Professor Ingunn Størksen at UiS has indicated that the Framework plan currently implemented by preschools in Norway doesn’t offer adequate curricula focus for creating an enriching learning environment and stimulating important areas of competence before school start. For children to have the opportunity to adapt well both professionally and socially at school, it is especially important to stimulate social skills, self-regulation, language and mathematics already in preschool. Stimulation within these areas should be done through play-based learning, where children's participation is central [1].

Building on these findings, Rege and Størksen teamed up with a group of researchers from the University of Agder as well as several U.S. based researchers in order to develop and test a playful learning curriculum for pre-school children at the preschools in the Agder region of Norway. The research work was conducted between the years 2014 to 2019 and benefited from grants of the Research Council of Norway, supplemented by funding from The Agder County Council and The Sørlandet Knowledge Foundation.

The project plan was defined in four phases, including preparation, professional development, intervention, and a research and documentation phase [2]. The first phase, preparation, has been conducted in the school year of 2014/2015, starting with subject-related literature review and planning and design of the professional development courses for preschool teachers. In February 2015, the researchers organized meetings with all municipalities and preschools in the Agder region to inform them about the project. Finally, 71 preschools signed up for the project, where 36 of them were assigned to the treatment group, meaning that the children would undergo the intervention programme (were going to receive the new curriculum), and the other 35 would serve the role of control group (were not going to receive the new curriculum) to compare the results of the intervention programme with. Based on the course contents developed in the first phase, the second phase, i.e. professional development was undertaken in the school year 2015/2016. During this year, teachers from the 36 preschools in the treatment group participated in a professional development course to get acquainted with the theory behind the intervention programme planned for the next phase. This included four workshops during the year, between every two of which the participants in the course could pilot the pre-designed activities with their children and provide oral and written feedback on possible improvements during the following workshop. Teachers also rejected some activities that did not fit with real-life setting and provided ideas for new activities. Building upon the project’s pedagogical principles, the researchers of the project together with the participating teachers co-created more than 130 learning activities and the overarching curriculum to advance children’s skills in language, mathematics, self-regulation, and social competence [3,4].

Consequently, in the third phase of the project, during the school year of 2016/2017, the designated programme content was implemented by the teachers in the 36 preschools of the treatment group, while the 35 preschool centers in the control group continued with business-as-usual. In order to evaluate the effectiveness of the intervention, the language, mathematics and self-regulation skills of pre-school children in all the 71 preschools participating in the project were tested at the beginning and the end of the pre-school year  [5,6]. These skills were also mapped in a follow-up assessment in March 2018 (almost a full year after that the kids in the treatment group participated in the preschool program), when the children were in first grade in school. The results indicated that [2,5,6]:

Finally, the school year of 2018/2019 had been dedicated to dissemination of the research findings and providing the professional development course to the 35 teachers representing the preschools in the treatment group. Results from The Agder Project has enabled the UiS researchers to secure funding from the Research Council of Norway for another project on playful learning which engages additional 96 preschools in the Western and Eastern regions of Norway.

References to the research

Details of the impact

The findings and outcomes of this research have demonstrated impacts on three categories of beneficiaries, namely the teachers, the children and the policymakers.

Until now, it is known that nearly 200 preschools in the Southern, Eastern and Western regions of Norway are implementing the new curriculum in their centers. Besides teachers from the 71 preschools participating in the Agder Project, teachers from the 96 preschools involved in the continuation project have also received training on play-based learning and have used the curriculum in their respective centers. Furthermore, the training program that was developed in the project has been subsequently adapted into a Professional development course for preschool teachers that gives 15 credits in accordance with the Norwegian higher education system. The course runs over 2 semesters and is a combination of online study and practical work in the preschools. UiS has previously piloted the course for a group of 10 teachers and is going to offer it for the first batch of 25 teachers in the school year 2020/2021. Until now, two large R&D financing institutions (The Sørlandet Knowledge Foundation and The Aust-Agder Development and Knowledge Foundation) are providing financial support to the preschools in the Agder region who want to enhance the pedagogical level of their staff through this course. UiS researchers has also been active in holding one-day courses about the new curriculum in other regions of Norway, such as for 7 preschools in Kvam Herad, where this municipality (as the main owner of preschools) has decided that all their centers should implement the curriculum.

On top of these, the project results have reached to many preschool teachers through other channels. The most significant one is the book, Play-based Learning (in Norwegian), that contains the preschool curriculum developed during the project. The book has also been translated to Swedish and Danish and is put for sale by publishers in those countries (As of November 2020, approx. 4000 copies of the book has been sold). It contains description of around 130 games and activities for the preschool pupils, as well as suggestions for daily, weekly, and annual plans. Each activity contains educational intent and suggestions for equipment and preparation. The new teachers who intend to use the book can also use the webpage (in Norwegian) that gathers a series of videos created in collaboration with the preschool teachers, demonstrating some ideas on how to stimulate playful learning in children. The remarkable response to these materials is evidenced by nearly 100,000 view counts for some videos so far [A].

Through implementing the new curriculum, Preschool teachers characterize their interaction with children as being driven by positive emotions, and enhanced closeness and safety [B]. The teachers who have used the new curriculum in their daily plans refer to it as “very easy to get familiarized with, neat to follow and flexible for adjustment according to children’s development” [C]. Accordingly, the teachers emphasize the importance of the balance between structure and flexibility for the interaction with the children to be positive, which means, that the preschool teacher has a flexible attitude to the planned activities in the new curriculum [B]. They also find it very helpful in engaging with the children since “the curriculum is play-based, and the teachers need to be playful themselves such that they get most out of the planned activities” [C]. A structured approach in bringing play into mathematics comprehension, for instance, creates a perfect opportunity to draw on children’s existing skills while ensuring that they master the other necessary skills before school start [E]. The teachers typically mention that “the positive feedback from the schools in their municipalities regarding the children’s school readiness make them more confident in their role for the future development of the children” [D].

The results evidenced above have laid the foundations for the most fundamental - and most significant - impact of this research: reducing the school readiness gap between children attending low-quality and high-quality preschools (lower and higher level of learning outcomes for children). This claim has been evidenced by comparing the learning gap between these two categories of preschools at different timeframes.

Prior to the intervention, the learning gap between high-quality and low-quality centers was large for preschools in both the treatment and control groups. At the end of the first grade, this gap had narrowed down substantially in the treatment group. The effect of having participated in the preschool program among the children in low-quality preschools corresponds to 5 months of learning and development by assessment at the end of first grade. Results indicate that receiving the curriculum in preschool can contribute to more children in Norwegian preschools having a good basis for learning in preschool and having the opportunity to adapt well both academically and socially at school.

Among the targeted skills, the most significant positive impact was reported on the mathematical skills, where the effect of the new curriculum was twice as large at the end of the first grade compared to the end of the preschool year. This was specially a recognizable achievement since, according to the teachers, before the implementation of the new curriculum, mathematics had lower priority in the preschools compared to other skill areas.

The principles underpinning this project are very much in line with policy documents such as the latest national Framework Plan that clearly states “(t)he preschool shall ensure that the oldest children have acquired experience, knowledge and skills to give them a good foundation and motivation for starting school” [F]. Hence, the project has arguably created impact at the national policy level. The researchers of the project have been attending the Norwegian Ministry of Education on several occasions. They have also been invited to present their findings in front of policymakers in related conferences such as Perspektivkonferansen which revolves around smooth transition to working life. In a televised interview in 2019, the Minister of Education explicitly recommended the kind of play-based curriculum developed in the project [G].

Impact case story of The Agder Project (in pdf format)Download

Sources to corroborate the impact 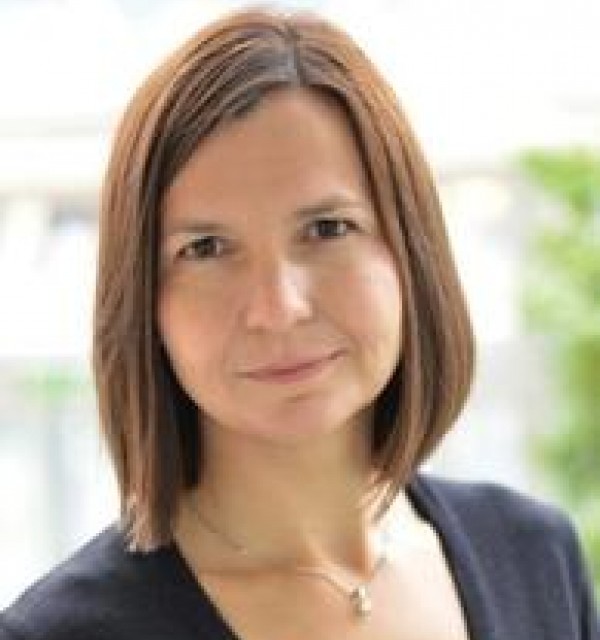 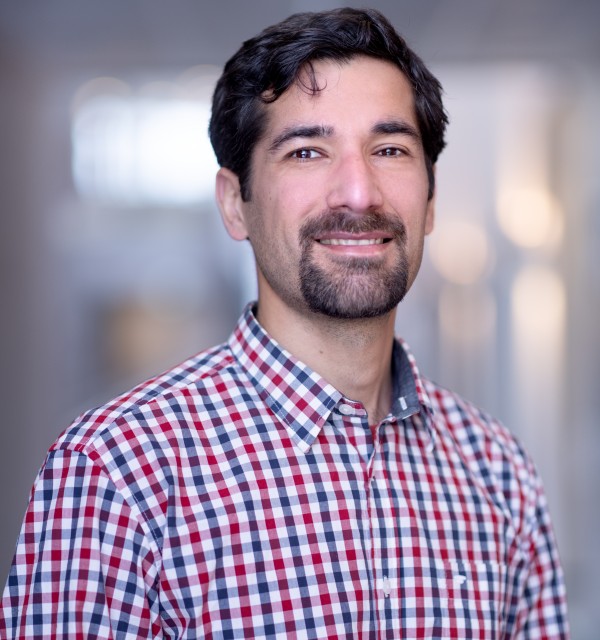