Doctoral student Filippo Malaguti at UiS will contribute to the testing of Rosenberg Worley's offshore wind solution Flexifloat. During the three years of the doctoral fellowship, Malaguti will use mathematical models to analyze the foundations of offshore wind turbines. The work started in spring 2020.

"We are very pleased with the collaboration with UiS and the work Filippo does. His tests determine the speed of our design and engineering work," says Knut Høiland, project manager at Rosenberg Worley.

Professor Muk Chen Ong is the driving force behind the investment in marine technology at UiS. He emphasizes the importance of the doctoral students at UiS having realistic projects to work on, and that these take place in close collaboration with industry.

"It is very important for the university to have real industry-based projects for our doctoral students. At the same time, companies are wise to use our knowledge in complicated modeling assignments that Filippo is working on now," says Ong.

When Rosenberg contacted UiS to offer a doctoral project related to floating offshore wind, Muk Chen Ong promised to find a good candidate. Not long after, Filippo Malaguti was hired.

It is not just at UiS offshore wind is a focus area. Just before Christmas, it became known that IKM is acquiring the technology company Flexible Floating System, and thus enters into a strategic collaboration with Rosenberg Worley on the development of Flexifloat.

Doctoral student Filippo Malaguti is now one year into the PhD project. He is currently working on building mathematical models that test how Flexifloat reacts to electricity, wind and waves. The preliminary model is now ready. The results of his work have a lot to say regarding what the final construction will look like in the end. 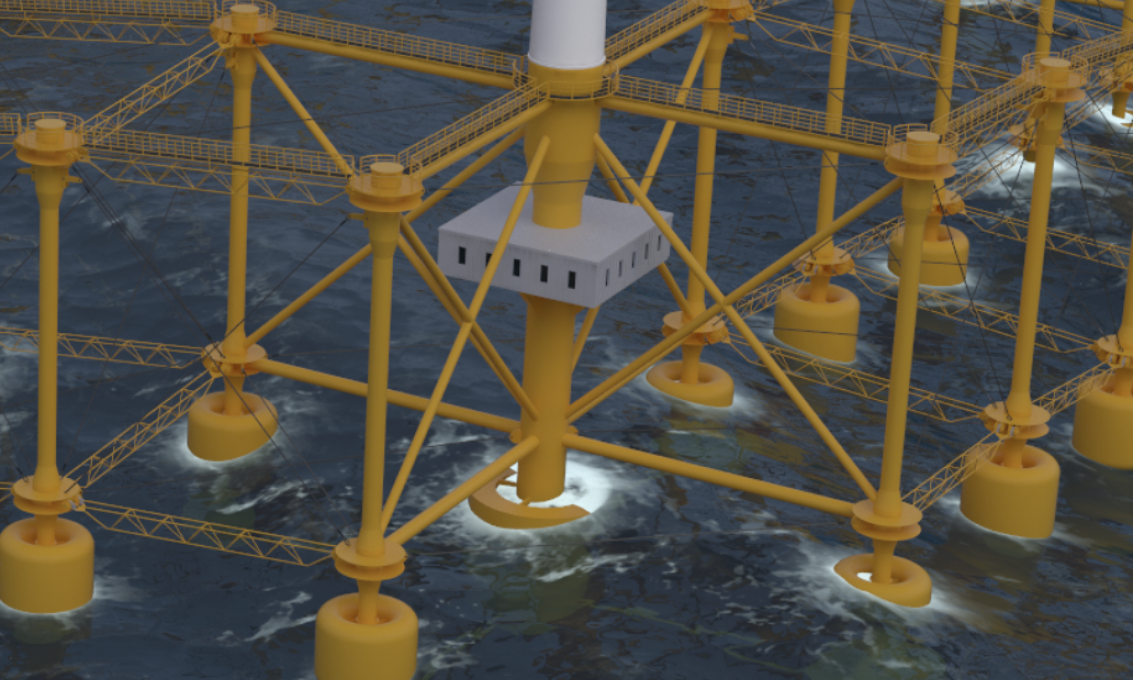 Flexifloat is a wind power plant where the solution is an anchored flexible support structure that can keep six or more wind turbines afloat at great depths – in all kinds of weather.