Populism, a necessary challenge for democracy?

The research group aims to understand how socio-political practices and processes work in interaction and changes.

The re-emergence of populist mobilisation poses a major challenge for democracy, gender equality, environment as well as to public health. 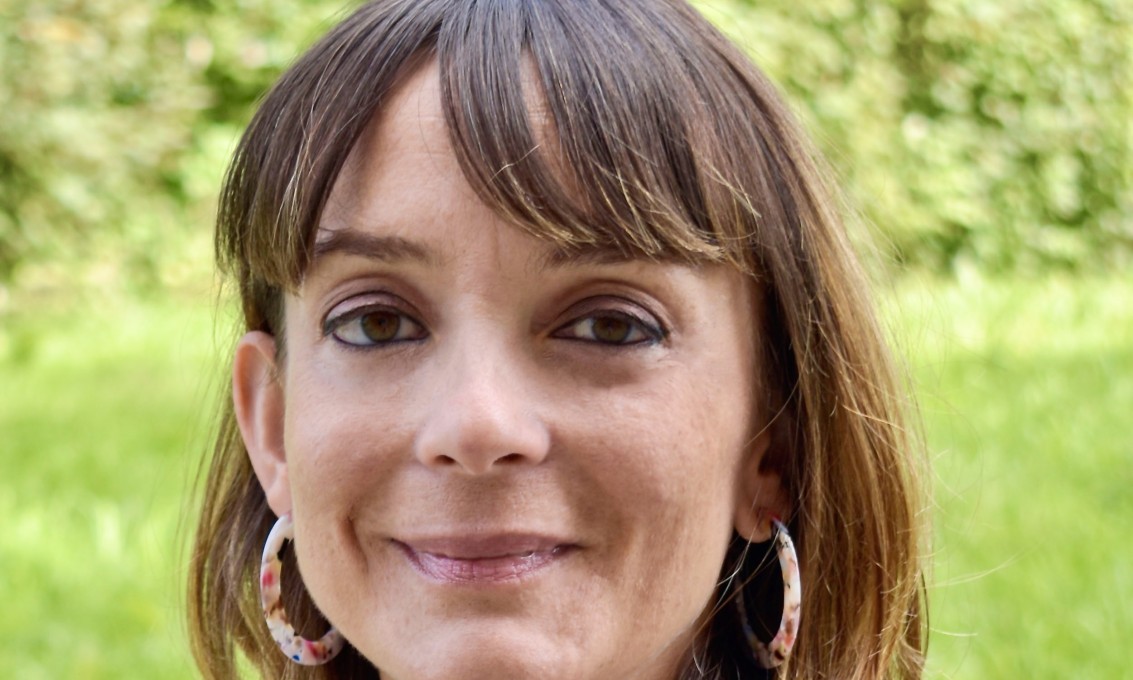 About the research group

The re-emergence of populist mobilization has had significant implications and pose a major challenge to political communities, as well as political science, sociology, media and gender studies. To meet these challenges, we draw expertise from these fields of research. Building on the conceptual and methodological innovations developed in the studies of populist discourses, we further the interdisciplinary approach to populism developed by the so-called ‘Essex School’, but also combine other philosophical and cultural theoretical perspectives.

Our goal is to build a point of contact for the interdisciplinary and international intellectual community for academics working on populism, to facilitate innovative research as well as to seek external funding for collaborative research projects on populist politics. The research group hosts the Fringe Talk Series to draw on recent debates on populism, polarisation and democracy.

The aims of the group are to:

The research group hosts digital seminars called the "Fringe Talk Series", where Norwegian and international researchers are invited to lectures and discussions based on recent and ongoing research and debates on populism, polarisation and democracy. The newest talks are on top.

Matt Adams is Principal Lecturer in the School of Applied Social Science at the University of Brighton, UK. In this talk, he will consider the role of psychological discourses to date in making sense of the climate crisis and how we can and should respond. He will talk about the importance of recognising affective and emotional responses to climate crisis, such as ecological grief, eco-anxiety and Anthropocene horror, and the problem of pseudo medicalising these responses. He will also share some key themes from a growing body of work bridging a recognition of difficult emotional responses to the climate crisis with an emphasis on place, community, power and discourse.

Adams’ research focus is interdisciplinary and covers critical and creative approaches to the climate crisis,especially how psychological and sociological discourses are translated into programmes for intervention and calls for action; and the relational dynamics of human-animal and human-nature entanglements in the novel context of the Anthropocene imaginary.

Understanding the Far- and Populist Right-Wing Continuum: the Case of Norway

Bangstad works as a Research Professor at Institute for Church, Religion and Worldview Research. He has a backround in ethnographic fieldwork on Muslims in Cape Town, South Africa and Oslo, Norway.

He is the author of nine books and edited volumes, including 'Anders Breivik And the Rise of Islamophobia' (2014), Bangstad was awarded the 2019 Anthropology in The Media Awards (AIME) from the American Anthropological Association (AAA) for his long-standing work on disseminating anthropological knowledge and insights through the public media in Norway and internationally.

Are populists a threat to climate action?

Kacper Szulecki specializes in European energy policy, securitization and dissent. In this talk, he questions if populists are a threat to climate action or not.

Kacper Szulecki is a Senior Researcher at the Department of Political Science, University of Oslo and a Research Professor at the Center for Energy Research of the Norwegian Institute of International Affairs (NUPI).

He is a political sociologist (PhD 2012, University of Konstanz), specializing in European energy policy, securitization and dissent. He has recently published a series of papers on conspiracies, disinformation and populist rhetoric around the energy transition.

A discussion of political masculinity, with Ozan Soybakis

This talk revolves around “Milli ve Manevî” (National and Religious) as a populist principle in Turkey, and is a discussion on political masculinity and gender politics.

Ozan Soybakis is a Ph.D. candidate in sociology at the Institute of Advanced Studies in Social Sciences (EHESS-Paris) with a thesis entitled "Conservative Political Masculinity: A Study on Islamic Populism and Virility in Turkey." He specializes in gender and Turkish studies, especially in masculinities, with an anthropological perspective on material culture, emotions, and populisms. He is also broadly interested in modern art history, post-colonial and queer studies. He holds a sociology BA degree from Galatasaray University (Istanbul) and a MA degree in gender studies at EHESS. He worked as a teaching assistant in the sociology department at the University of Rouen and University of Evry Paris-Saclay.

He is currently working on doctoral research that aims to understand the links between the politicization of Erdoganist Muslim men, self-identified as “conservative” and right-wing, and the primary role of the populism of AKP (the ruling political party in Turkey since 2002) in the establishment of the gender regime, mainly oriented with Islamic and nationalist conservative ideas. Mainly for this talk, his paper focuses on a cultural form of populism, called "Milli ve manevî," that overlays the three main fields of understanding of the construction and performance of conservative political masculinities: symbolic and dualistic wars among Kemalist iconography; virility as a new way of "good manner" of political expression and legitimacy; and finally, self-identification as a conservative man.

Combating scepticism toward a vaccine for Covid-19, with Matt Motta

In his research, Matt Motta aims to assess the consequences of misinformation about politics, public health, and the environment.

Matt Motta is an assistant professor of political science at Oklahoma State University (American Politics & Quantitative Methods). His research aims to assess the prevalence, correlates, and policy consequences of misinformation about politics, public health, and the environment. He is also broadly interested in devising communication strategies aimed at reducing misinformation acceptance.

He received his PhD from the University of Minnesota in 2018, where he was a National Science Foundation Graduate Research Fellow. He is also a former science communication postdoctoral fellow at the Annenberg Public Policy Center (University of Pennsylvania) & Cultural Cognition Project (Yale Law School).

Hijack or release? with Alberta Giorgi

The talk tackled the heuristic limits of the frame of instrumentalization of religion, for discussing the entanglements of populism, religion, and gender. 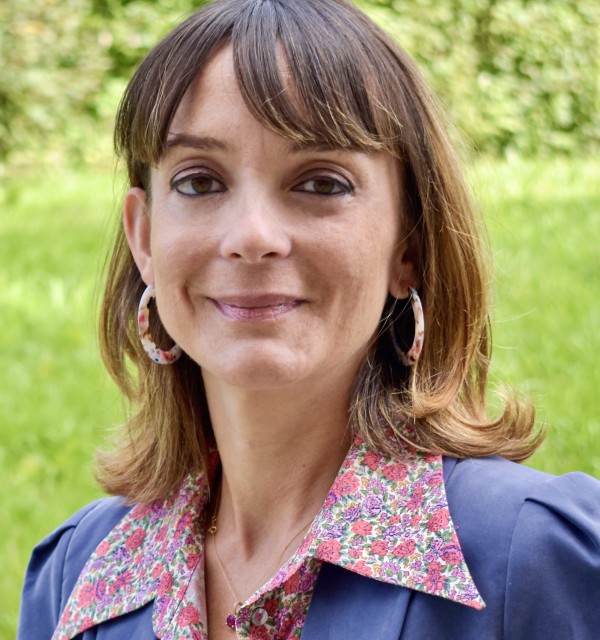 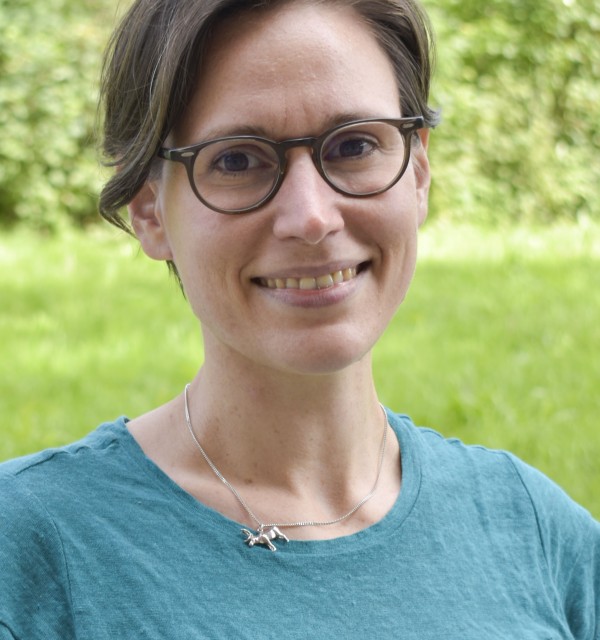 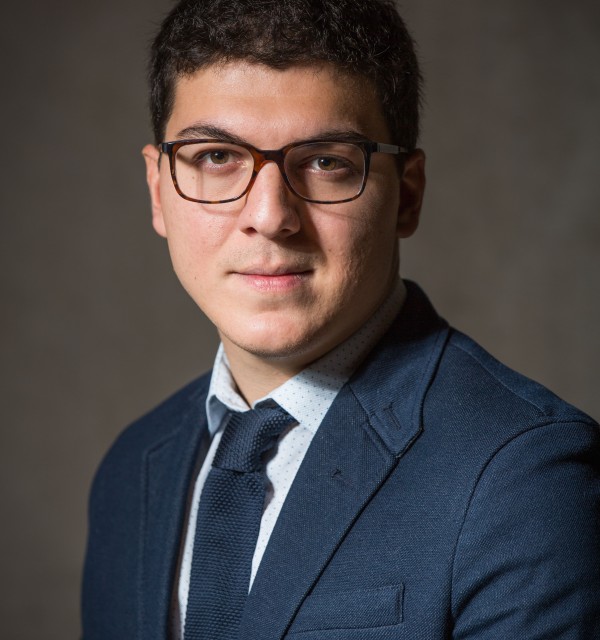 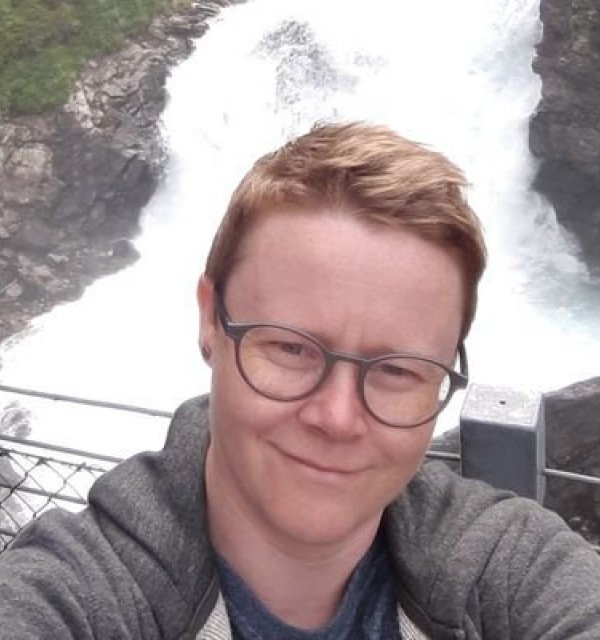 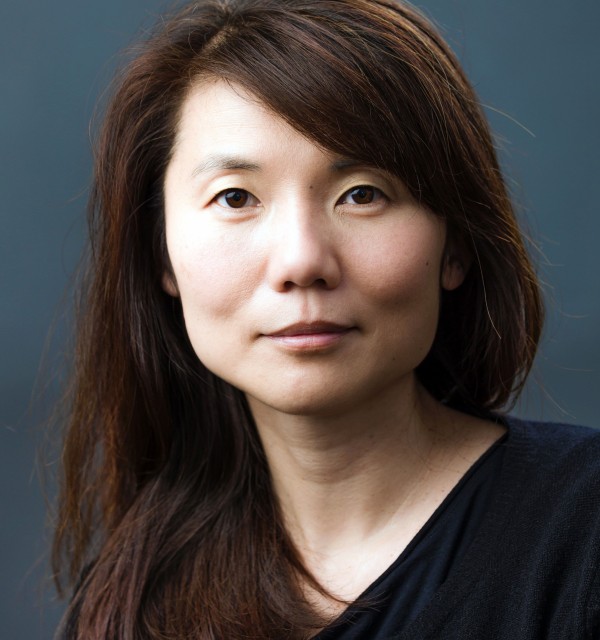 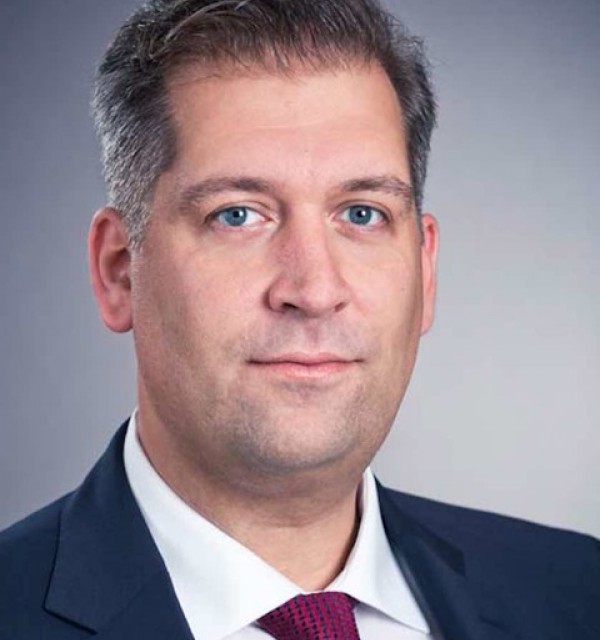 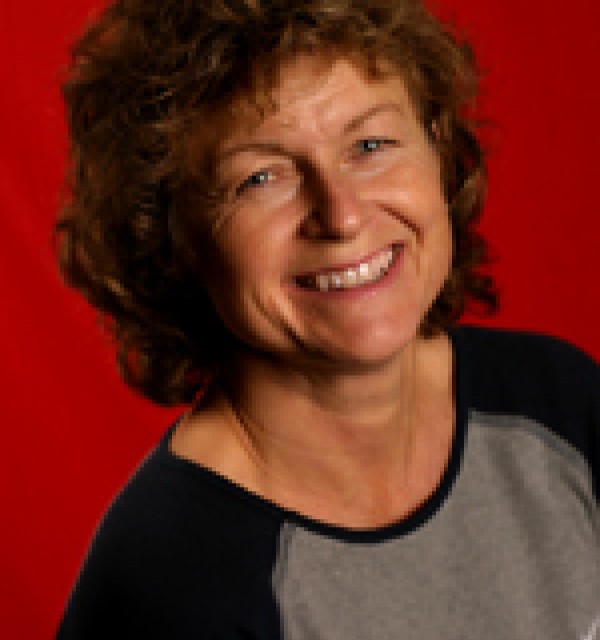 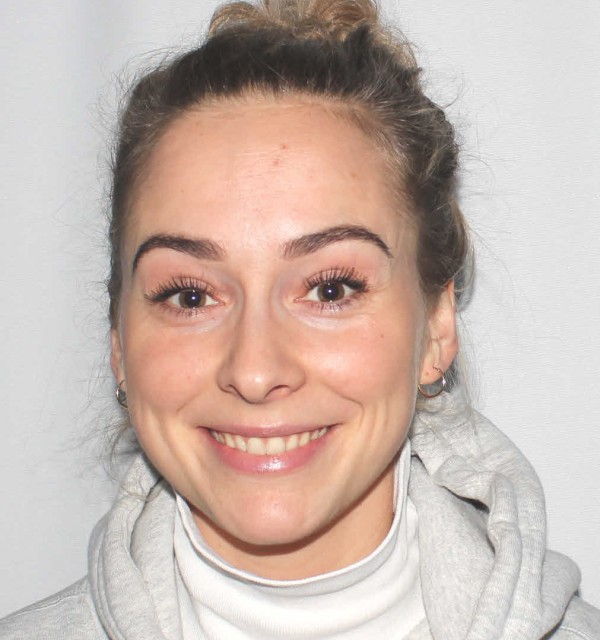 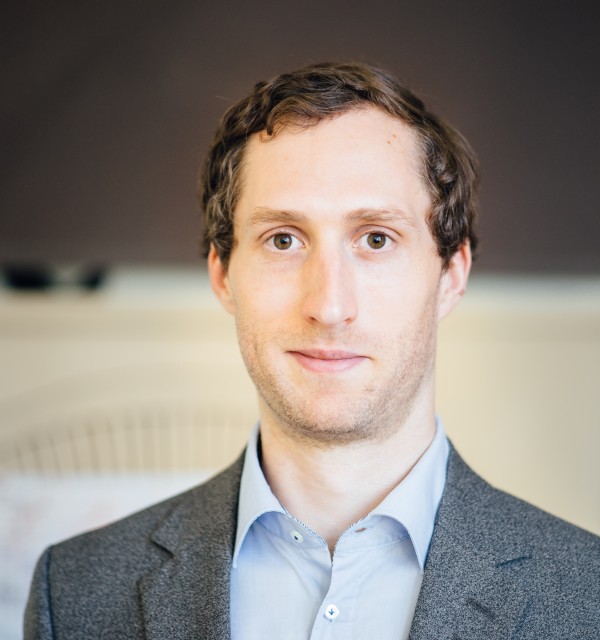 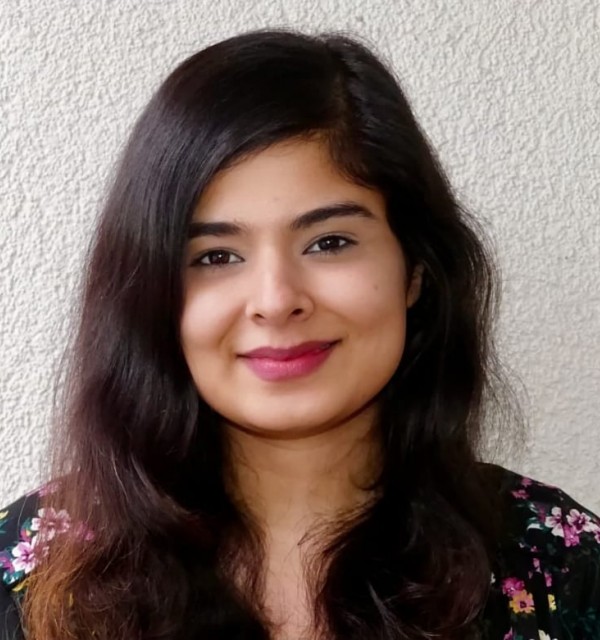