In 2020 The University of Stavanger (UiS) was awarded a UNESCO professorship on the topic of diversity, inclusion and education.

UNESCO is the United Nations Educational, Cultural And Communication Organization. The organisation’s seat is in Paris.

Education 2030 Agenda is a global undertaking to ensure inclusive and equitable high-quality education and lifelong learning for all. 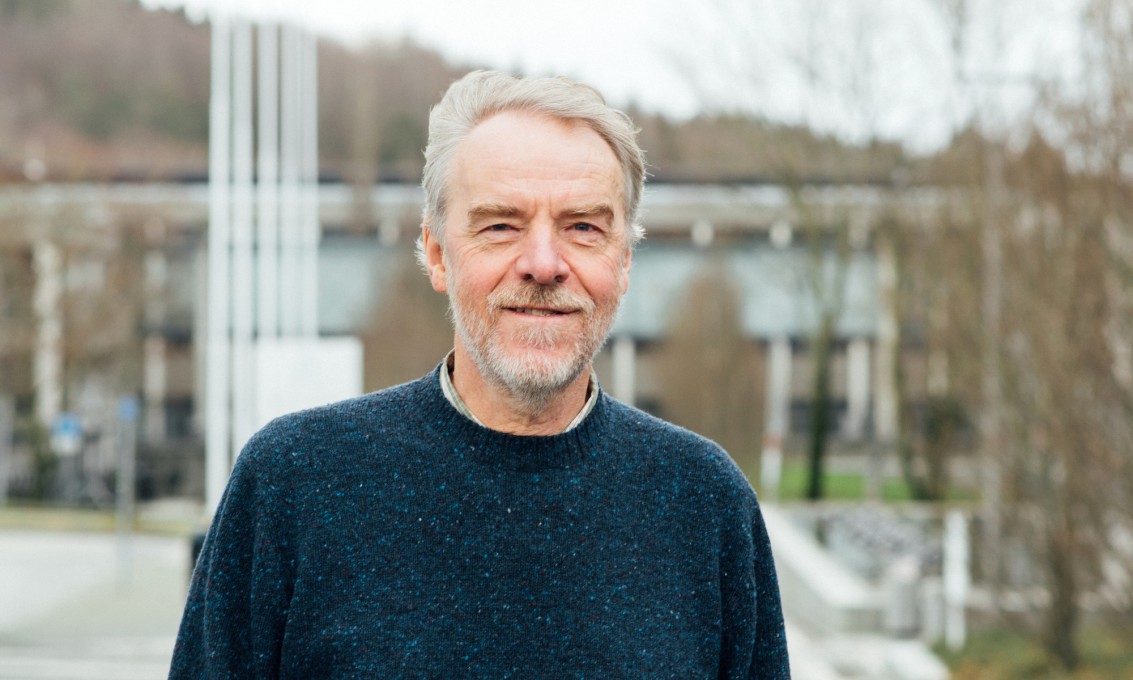 Professor Geir Skeie is the UNESCO chair from the University of Stavanger. Photo: Mari Hult

"UNESCO chairs" are very prestigious. The chairs are awarded to institutions around the world that have an academic environment within a field relevant for UNESCO", Professor Geir Skeie explains.

He holds a position as professor of religious education, working in the Department of Cultural Studies and Languages. He will be working with a large group of colleagues at UiS and VID Specialized University who are collaborating with UiS in this programme. UiS was awarded the professorship based on an application to UNESCO.

"This is the first professorship of this type awarded to UiS, making us part of a larger network of similar UNESCO positions throughout the world. This provides us with a visible public rostrum that offers the opportunity to open some doors, although we cannot say at present exactly which doors or when they will be opened", says Klaus Mohn, rector of UiS.

"No funding accompanies the award, but we will become part of a larger network in the UNESCO family and will acquire an additional platform from which to promote diversity and inclusion in an educational perspective", Mohn explains.

Being a host institution for a "UNESCO chair" involves a large amount of networking at home and abroad, creating meeting places for people who traditionally may not work together and putting relevant topics on the public agenda.

"One example is the way we handle diversity and inclusion within the various academic traditions at UiS. When we begin talking with one another about common issues such as the diversity in the classroom, we see that we have many commonalities, but whereas I regard diversity from a religious or philosophical perspective, my colleagues at the Centre for Learning Environment see it from a sociopsychological point of view. We must get out of our comfort zones and try to understand theories that we're not accustomed to using ourselves, and occasionally we have to be introspective and examine our own thoughts. There is diversity in that too", Professor Skeie adds.

This work is also intended eventually to be integrated in some of the study programmes, in various ways.

The initiative to prepare and send an application to UNESCO originated in Stavanger municipality, through Sølvberget and the International Cities of Refuge Network (ICORN), who wanted to cooperate more closely with UiS on these topics.

"Later, VID Specialized University and FijiStiftelsen joined in, and we saw that this might be a good way for UiS to work with role players outside of academia who share an interest in these issues."

All parties were involved in the application work. For Skeie, it was important to operate with real teamwork from the start.

"Diversity and inclusiveness are complex and major social processes. We see this as a good opportunity to place stronger focus on what we are already committed to doing. It's a field of societal scope, and we can't deal with it merely within a narrow, academic world. We are already in the process of developing cooperation locally, nationally and internationally."

The professorship and the topics of diversity, inclusion and education are closely linked with the UN's fourth sustainable goal, equitable rights to quality education.

"This goal encompasses the perspective of inclusiveness. Everyone must have access to education and be able to use it in society. In this regard, it is important to examine how it is to be in the educational system. Although Norway has a well-functioning educational system, we a multiple diversity of people in the system and extreme variation in how they perceive it. This brings us directly to the issue of diversity and inclusion, which in many respects is about shared democratic citizenship."

"History reveals that it is difficult to achieve social equality through education, even though this has been a political desire. Because this has proven so difficult in practice, we need knowledge about why this happens and increased cooperation between research scholars, politicians and workers in the schools and kindergartens."

"We know that there are many at UiS who are enthusiastic about these things, across the academic community. There have been various meeting points over the years, not least among those who are engaged in issues involving multi-cultural Norway, but we have never had a good enough structure for the work on diversity and inclusion. The UNESCO professorship is an opportunity to create communication across the entire university", Skeie says.

The topic is relevant for everyone who works with health and the social sciences, education, the humanities – but also in the fields of technology and business.

"The issues we need to address must be resolved across sectors, and challenges linked with diversity and inclusion emerge in different ways and in different disciplines", Skeie thinks.

UiS also has a diversity of students and staff members, who come from many countries and different backgrounds. "We are a work collective and have the same challenges as other working environments. It is not merely a matter of making students good at working with these things through their educational programmes, and conducting research that yields increased insight, but also of simply becoming better at dealing with diversity and inclusion in our own university. This is a continuing challenge", Skeie concludes.

This UNESCO chair focuses on development of inclusive education in the broadest sense, including the critical investigation of mechanisms of marginalisation and exclusion in schools and their social context. Learn more about the chair here.

It is based in a cross-disciplinary research group of scholars and PhD students from University of Stavanger and VID Specialized University, addressing diversity and inclusion in education, seeking to support democratic citizenship and dialogue between people with different backgrounds and worldviews.

The aim of the Chair is to strengthen and develop ongoing cooperation between university and the wider community, and to address relevant education policy issues. The project underlines the importance of the relationship between school and local community and collaborates with civil sector NGO’s, local government and other bodies focusing on diversity, inclusion, and Human Rights for a just and democratic society. New research- and experience-based knowledge will be developed and shared in collaboration with regional, national and international networks including UNESCO.

The project is locally supported and grounded, using this as a basis for national outreach and building of networks to support and sustain research and practice development related to diverse and inclusive education. By building stronger national networks and research cooperation also with international networks in the region, the project will contribute to increased commitment and knowledge development in the field.

The UNESCO Chair will contribute to improved teaching about diversity, inclusion and education will benefit students on all levels at university, mainly by integration in their existing courses, but also by offering new courses if needed. A particular focus will be on teacher education.  The cooperation with schools and teachers includes the contact with students and their parents directly and indirectly in order to include their perspectives in the development of research and practice.

Beyond the participating researchers, other colleagues locally will benefit by being offered increasing competencies within the field of diversity, inclusion and education. Collaborating academics nationally and internationally will benefit in their research and teaching.

The project includes cooperation with teachers in schools in order to improve teaching and learning about diversity and inclusive education including the religious and worldview dimension of intercultural education.

Both locally and beyond the project cooperates with civil sector actors and NGOs in order to produce new knowledge and improved practices regarding free speech and inclusive and just society. Policy makers and other stakeholders will be approached through dissemination of research.

The following cooperating experts are members of a reference group of the project. 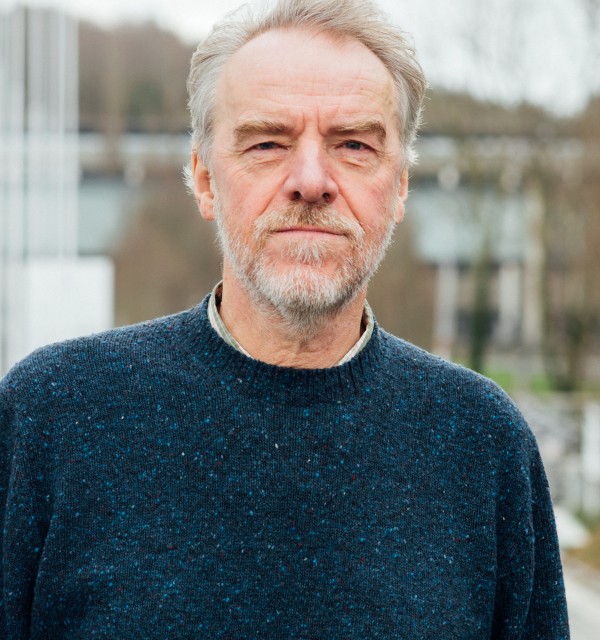 Geir Skeie is Professor of religious education at UiS and with a guest professorship at NTNU, Norwegian University of Science and Technology, Trondheim. The last ten years he has also been professor at Stockholm University and he still supervises doctoral students there.  His research has focused on intercultural education and religion in education with both empirical and theoretical contributions. This includes a focus on inclusion, Human Rights and impartiality in education. Skeie has mainly used qualitative methods and document studies including action research, but even some quantitative work. He has been leading researcher in several national and international research projects with a strong network nationally and internationally.