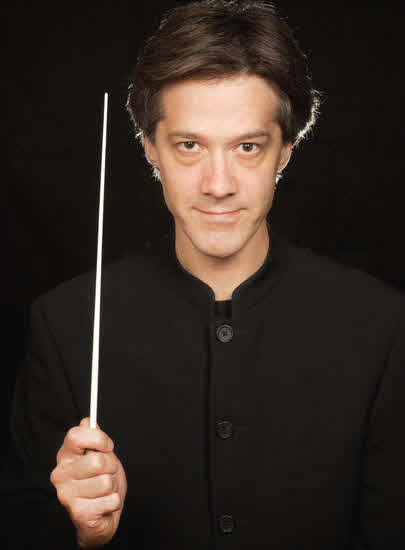 A regular guest with many of the leading Scandinavian orchestras, conductor Jukka Iisakkila was the Chief Conductor and Artistic Director of the Pori Sinfonietta from 2004 to 2012. Jukka Iisakkila works regularly with the Turku Philharmonic, Oulu Symphony and Tapiola Sinfonietta in Finland and these fruitful guest conducting collaborations are ongoing.  From 2010 he worked regularly as a guest conductor of the Danish Radio Chamber Orchestra and with the Nagoya Philharmonic in Japan.Iisakkila conducts the Metropole Orchestra in Holland for contemporary and cross-over projects and their collaboration has been highly acclaimed. He also holds the position of Associate Professor of Conducting at the Stavanger University in Norway.

Since 2003 he has been the Artistic Director of one of the most innovative and artistically rich and praised music festival in Scandinavia, the Saaksmaki Sounds –music festival. Iisakkila is founder of both festival and the Saaksmaki Festival orchestra and ensemble in residence.

Iisakkila is known for his affinity with contemporary music and cross-over styles and has conducted numerous world premieres having close links with many of today’s foremost composers.

Jukka Iisakkila conducts all Finnish orchestras on a regular basis and enjoys frequent collaboration with the majority of Scandinavian orchestras. Other guest appearances for the upcoming season include orchestras and tours in the United States, Japan, Holland, Austria and Czech.

Jukka Iisakkila graduated from the orchestral conducting diploma class at Royal Academy of Music, Stockholm, after studies with the world renowned Professor Jorma Panula. Besides Professor Jorma Panula his most important teachers have been Martyn Brabbins, Esa-Pekka Salonen and Alan Gilbert. Jukka Iisakkila has fulfilled his studies in composition with such composers as György Kúrtag and Peter Eötvös.

Jukka Iisakkila studied percussions, piano and jazz /electric guitar first at the Tampere Conservatory of Music. He then finished his performance diplomas, Masters degree, at the Royal Danish Academy of Music and at the Roayl Swedish Academy of Music. Still in his early age he also completed his studies at the University of Central Finland with a Master of Arts degree both in musicology and composition.