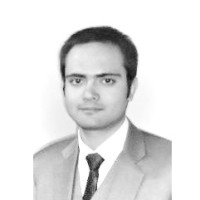 ALI Gohar received a Bachelor of Science degree in Telecommunication and Networking from COMSATS Institute of Information Technology, Pakistan, in March 2015, and a Master of Engineering degree in Computer Science from Kookmin University (KMU), Seoul, Republic of Korea, in February 2019. From March 2019 to August 2019, he worked as a researcher at the Network Application Laboratory at KMU in Seoul, Republic of Korea. Since September 2019, he is pursuing a PhD under Associate Professor Gianfranco Nencioni and Professor Chunming Rong, at the University of Stavanger (UiS), Stavanger, Norway.
He is trained in heuristic algorithm design and in mathematical modeling for resource allocation problems in wireless networks. His previous research interests were focused on enhancing the safety of autonomous vehicles, multimedia streaming to support heterogeneous devices, and applying software-defined networking to reduce the operation costs of datacenter networks. His current research work focuses on mobile communications technologies under the smart city initiative at UiS, to enable the smart city of the future. He is working on approaches to apply artificial intelligence for the orchestration and control of the 5G networks, and data resources, with different objectives within the smart city applications, such as energy efficiency, quality of service, and economical cost reduction, using 5G network slicing .
Research interests: emerging networking technology; heuristic algorithm design; mathematical modeling; machine learning; resource allocation.