Medieval life before and after death

What was life like in Rogaland in the Middle Ages? There is much that is yet to be explored about medieval Stavanger and the region Rogaland. That is something researchers at the Museum of Archaeology hope to do something about.

Who lived in Stavanger in the Middle Ages?

By examining the skeletons that lies by and under Stavanger Cathedral, we can get answers to many questions about who lived in the region in the Middle Ages.

Picture from the excavation underneath the Stavanger Cathedral in1967-68. Photo: Arkeologisk museum, UiS

We actually know very little about life in medieval Stavanger, despite the fact that Stavanger has the best preserved medieval cathedral in the country. Less well known is that there is also a medieval burial site, with well-preserved skeletons, under the ground directly beneath and around the cathedral. The collections at the Museum of Archaeology also hold many medieval skeletons from other medieval burial grounds in the region, for example at Sola and Rennesøy. We can learn much about life in the Middle Ages by examining them. Where did they come from? What kind of work did they do? Were they often sick? What did they eat? How old were they? Did many mothers and infants die during childbirth? Skeletons and other traces we can find in the ground constitute a valuable historical archive that different specialists and researchers can read on the basis of existing knowledge and technical analysis methods. Thus far, this is a source of information in Stavanger that has been little used. That is something researchers at the Museum of Archaeology hope to do something about. The museum has obtained funding by the Norweian Research Council for a major research project that will involve new excavations in and around the cathedral, as well as various analyses and investigations of skeletons and anything else we may find, in addition to what the museum already has in its collection.

The project supported by the Research Council of Norway starts on 1 December 2020 and will last for four years. This means that a lot of new and exciting knowledge about the Middle Ages in Stavanger and the surrounding area will emerge in the time leading up to the city's 900th anniversary in 2025!

Sustainable management of biological remains from the Middle Ages in Rogaland is the theme of this interdisciplinary research project involving ten researchers from seven different research institutions in Norway and abroad. The research group includes various expertise in archeology, conservation, osteology, bioarchaeology, geology / geoarchaeology, palaeobotany, palaeogenetics, entomology and forensic medicine. This is mainly about analyzes of biological material, all the way down to the molecular level, and investigations of how this can be preserved or broken down in different environments. The goal is to better understand these processes so that we can best safeguard this valuable, and partly invisible, historical archive for the future. This is also knowledge relevant in the context of police work and forensic medicine, and the project want to develop a cooperation with police and forensic scientist. In the process, we also aim to be able to give a glimpse of life in the Middle Ages. Where permitted by conservation, we will be able to use advanced analyzes of skeletons and grave material that can shed light on individual life stories; where they came from and partly how they lived.

Today's local population is particularly important in this context; it is their prehistory that is in question here, and it is they who have an important role in ensuring that the physical remains are taken care of for the future. Therefore, inclusive research dissemination is an important part of the project. We have established dialogue with a number of local institutions and actors, including business, schools and the church. We will consult with a group of representatives of different interest groups, organize 'user workshops', and finally a scientific conference where different stakeholders will also be invited.

Why do we want to study how people lived in the past?

There are few historical sources that describe Stavanger in the Middle Ages. The archaeological material in storage at the museum and underground in the city centre therefore presents a unique opportunity to understand how Stavanger developed as a city and society from the early Middle Ages to today.

Being able to study a population through time, about 1000 years, provides more depth to research into people, the environment and society. This is valuable for studying such topics today, and not least, helps us to anticipate future developments. During this period, major religious and political upheavals took place in Norway, towns and cities emerged and the population was exposed to periods of plague and famine. What kind of effect did this have on people, on population growth, on migration to and from cities, on health? One example is the relevance this can have for medical research today, as we hope to be able to say something about the occurrence of various diseases and health problems in different periods. Research is necessary if we are to safeguard this archive. We know little about the state of the cultural layer and the skeletons today, after many years of intensified activity in the city centre. The project will aim to investigate these things, and consider measures to secure the material for the future. Not least, such traces of the past have the potential to play a role and in today’s Stavanger to create identity, a sense of belonging and new cultural and social meeting places. Cultural heritage has not only cultural value but social and economic value as well. The results of this research can help give the city of Stavanger a boost that will benefit local businesses, tourism, residents and visitors. As we try to find a role for Stavanger after oil, the Museum of Archaeology is committed to promoting and visualising the city’s medieval history.

How can we conduct research on medieval Stavanger?

In this project, the focus will be on people in their environment. How have living conditions and way of life changed in step with the change from an agrarian society to an urban community and with changes in climate, landscape and vegetation?

In addition, an important objective of the project is to examine the state of the cultural layer and the material that is found, to assess measures for the best possible future conservation. In order to do all this, studying the skeletons will be key, but analyses of environmental data such as soil, seeds and pollen will also be important.

The skeletons will be studied by a specialist who will be able to determine their gender, age and height, and find wear and tear on the body, injuries and diseases that leave traces in the skeleton. Sometimes, we can even determine the cause of death. Furthermore, samples will be taken from the skeletons for different types of chemical and biomolecular analyses, including radio carbon dating, which is important for determining the date of various events. On important question, for example, is how far back in time this Christian graveyard extends. Previous results have been pointed to Christian graves as early as the Viking times, which will be among the earliest Christians so far found in Norway. More data is required to confirm this for certain. DNA analysis has recently become an important method within archaeology and will be able to tell us something about migration, family relationships and diseases. Another relatively new method of analysis is what is know as a stable isotopic analysis, where we measure chemical signals in the bone which can reveal both a person’s diet and if they moved from one area to another during their life. Finally, the condition of the bone material will also be assessed through microscopic and chemical analysis methods. What information can we still find in the material and how much is damaged or lost due to decomposition or pollution? Soil samples will also be taken from the graves to search for pollen and seeds, insects and parasites, and to conduct soil chemistry analyses. The goal is to find remains of the person’s last meal and gain knowledge of burial practices, for example, if they placed flowers in the graves. In order to acquire knowledge about the environment, vegetation and landscape, we also plan to perform geological analyses by examining material from drilling cores in Breiavatnet and other nearby areas. This will give us information about how the landscape developed over a long period of time, about changes in the climate and the vegetation. 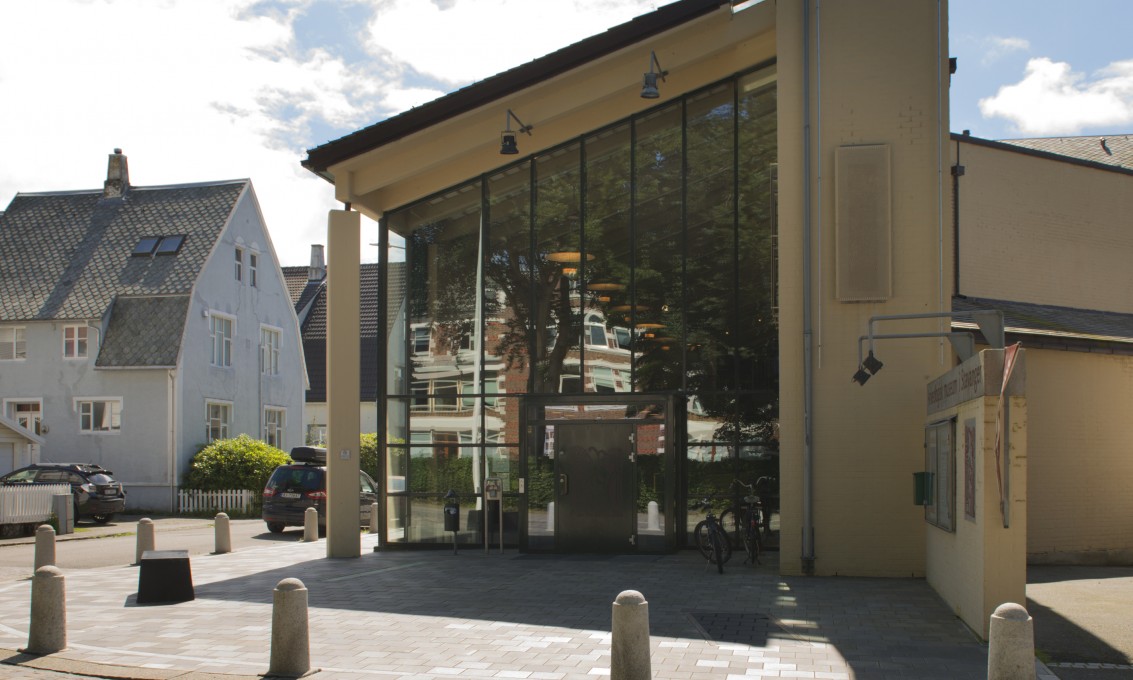 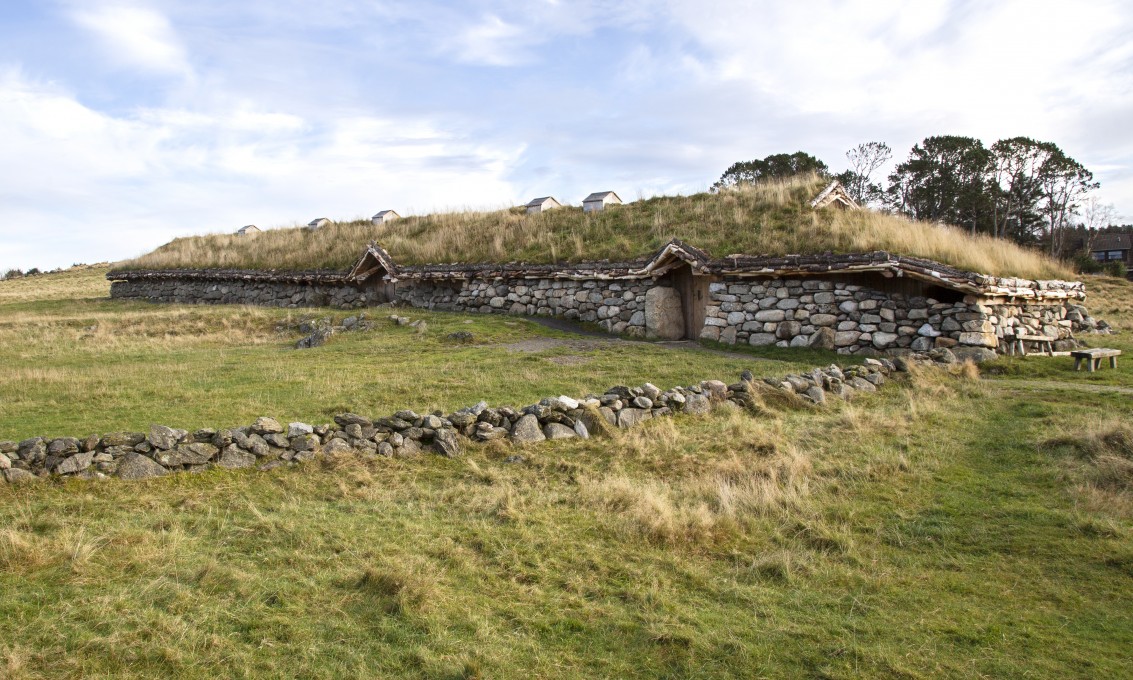